Your wiki has been migrated to a new Fandom domain. Learn more here.

Ramen is an Entree in Cook, Serve, Delicious! 2!!.

While ramen first appeared in the early 20th century, its popularity stems from the early 1990s when J-pop megastar Toshiro Motoki appeared in a ramen commercial. In the ad, Motoki is seen racing onto a train with a bowl of ramen in hand. As the train leaves the station, Motoki sees a gang harassing an elderly woman. After telling them to back off, the gang turns on Motoki. Motoki fights them while eating his ramen between punches. The fight culminates with Motoki throwing his ramen into the air, doing a cartwheel, kicking the gangs head honcho out of the train, and catching his ramen before it lands. The ad famously ends with Motoki looking into the camera, shouting "It's always ramen o'clock!" as a gaggle of schoolgirls giggle affectionately.

While food is typically banned from most inner city rail, as the ad captured the hearts and minds of the nation an exception was made. The rule was overturned a year later when a devastating earthquake shook Tokyo, causing thousands of ramen equipped train-goers to drop their boiling hot meals.

This food has two cooking stages to go through before serving. 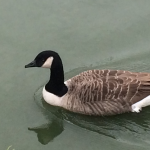